HOW IT WORKS Note: Mobile message and data rates from your cell phone carrier may apply.
Casper, WY Dentist » Toothaches 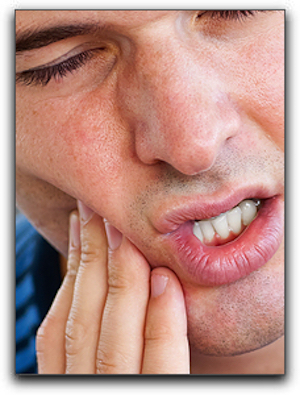 Are you suffering with a toothache, but ignoring the pain? It won’t get better until we take a look at it at Priority Dental in Casper.

Toothache pain is like an unpaid speeding ticket. Ignoring it won’t make it go away.

Many dread seeking relief from a dentist because they fear the treatment will hurt worse than the pain they are experiencing. But waiting too long is never a good idea.

The most common cause of a toothache is a cavity. In most cases cavities are easily treatable, and will relieve your discomfort.

A toothache may also be a symptom of something more serious, like gum disease. You may also have sustained an injury that is worse than you realized, or may even have an abscessed tooth.

Finally, a toothache can indicate something that has nothing to do with the tooth itself. Toothache symptoms can be mimicked by a sinus infection, shingles, or something else.

The point is, don’t ignore it! At Priority Dental in Casper, we treat toothache symptoms every day. We have patients from Riverton, Thermopolis, Douglas, and throughout the area for family and restorative dentistry. Call for an appointment today!